2112 currently offers Private Lessons to students of all ages and skill levels; We provide one-on-one instruction for Drums, Bass, Guitar, Piano/Keyboards, and Hand Percussion in all music genres. We are located at 5250 Capital Blvd. Raleigh, N.C. in the Towne Square Shopping Center, just North of the Capital Blvd/Spring Forest Rd. intersection.

All of our instructors are working professionals in the music industry and come from diverse performance and educational backgrounds. We carefully screen all potential instructors to ensure that only those truly committed to teaching are accepted. This ensures our students will not experience the frustration of having a different teacher every few months. Our staff can provide quality instruction for any need you may have, whether you are playing simply for enjoyment and stress relief, performing in a band of any kind, prepping for a college music program, recommitting to the study of an instrument as an adult, or just simply looking to pick up a few new musical ideas.

Monthly tuition payments are due on the first lesson of every month.

Please keep in mind that our instructors depend on tuition fees to support themselves and their families and as such, prompt payment is appreciated. 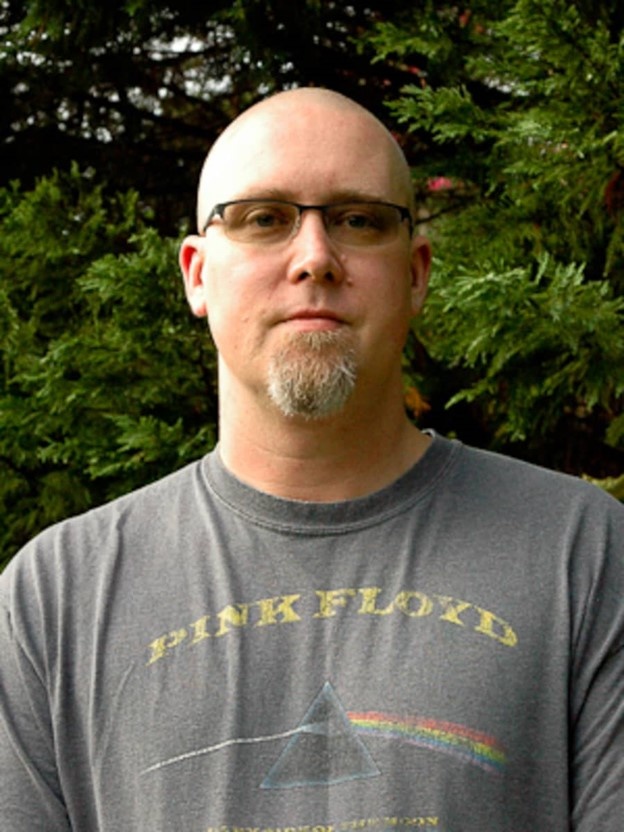 Merritt is a highly skilled musician, teacher, recording engineer and producer who has been performing since his teens. He has worked in a broad range of styles including: rock, soul, blues, country, funk, hip-hop, jazz, big band, theater, improv, avant-garde, and classical.  He was awarded a Gold record for his engineering work on Big Pun's Yea Baby album and has worked with a broad range of artists as diverse as Clay Aiken, Corrosion of Conformity and southern rock legend Tommy Redd. His versatility and experience bring a unique perspective and philosophy to his performing and teaching.  In addition to teaching and working in the studio, Merritt performs with one of NC's most in demand party and event bands, Rubberband.  He has been teaching since 1993. His influences include Vinnie Colaiuta, John Bonham, Milford Graves, Tony Williams, Art Blakey, Jim Chapin, Kenny Soule, Jason Patterson, Gene Lake, Jabo Starks, Clyde Stubblefield, Buddy Rich, David Garibaldi and Tommy Lee. 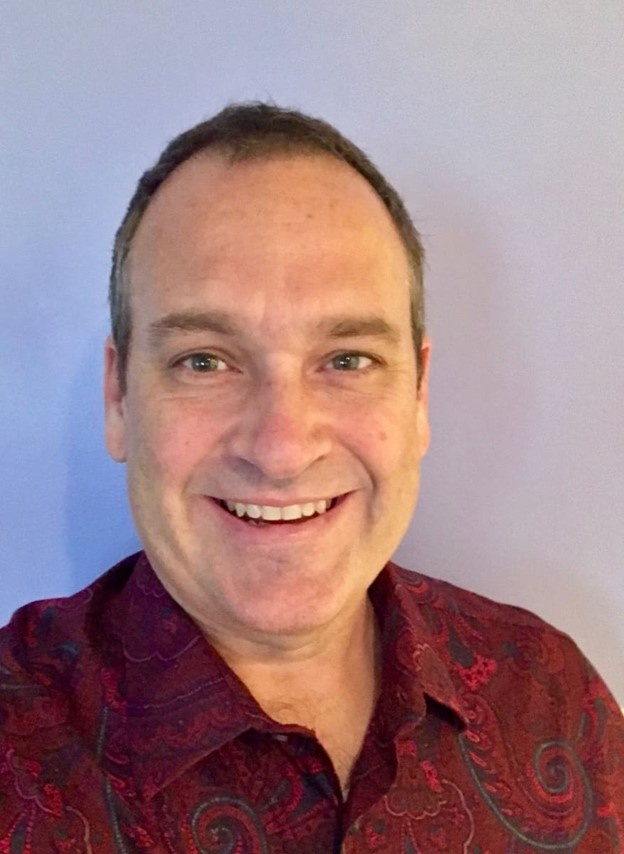 Kevin took his first drum lesson with revered percussionist, Karl Gilbert, in 1980 at the age of 11. Six months later he boldly announced to the world, "I am going to college to study music". During the following 6 years, he held on to that dream, which eventually culminated in his acceptance to the Ball State University School of Music as a student of renowned tympanist Dr. Erwin C. Mueller. Kevin flourished as a collegiate percussionist and, in addition to his involvement in all of the top collegiate ensembles, became a frequent performer with many of the semi-professional orchestras in central Indiana. It was also during this time that Kevin co-founded the band Neurotic Box, which eventually signed a publishing/development contract with Interscope Music. He later left the band to accept a scholarship at Miami University where he would study under Dr. William Albin and become an award winning solo marimbist. Upon leaving Ohio, Kevin spent 3 years performing and recording as a rock drummer in Washington, DC. In 2003, He and his wife Marcey moved to the Raleigh, NC area where he began teaching privately. 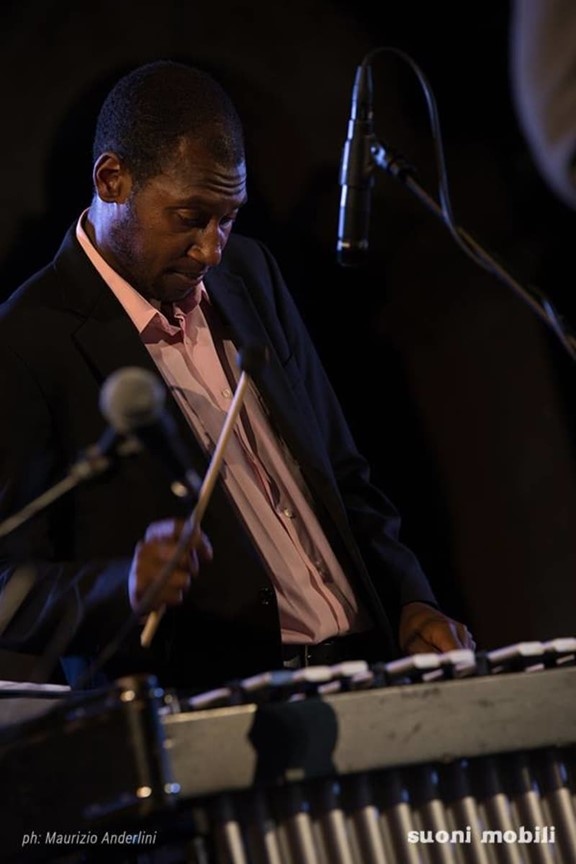 Originally from Washington DC, Brandon Mitchell is an active drummer, vibraphonist, and pianist in the North Carolina music scene. Brandon holds a Bachelor of Arts Degree in Percussion Performance and Jazz Studies from Elon University, as well as a Masters of Music from North Carolina Central University's Jazz Masters program.  In addition to receiving multiple undergraduate awards ; The Elon Music Scholar, Effie Mae Wicker Johnston Award, and the University’s Music Department Chair Award, Brandon has studyied amongst renowned jazz musicians such as Jon Metzger, Thomas Taylor, Ed Paolantonio and Jon Ozment. Brandon has toured throughout the U.S. and Europe, including several trips to Italy with the Elon Jazz Ambassadors, performing at the Jazzit Festival, Teatro Piccolo in Milan, and in front of the Duomo on Notte Bianca. He also studied at Accademia Europa Firenze for three months, where he studied and led combo jazz groups throughout performances in Florence. In addition to his performance experience, Mitchell has taught a plethora of drumset and jazz keyboard studies and hopes to keep this as an integral part of his career. A hardworking musician with the passion of bringing others together for the sake of improving the artistic community of the world, Brandon is poised to lead a career filled with performance, composition/arranging and education. 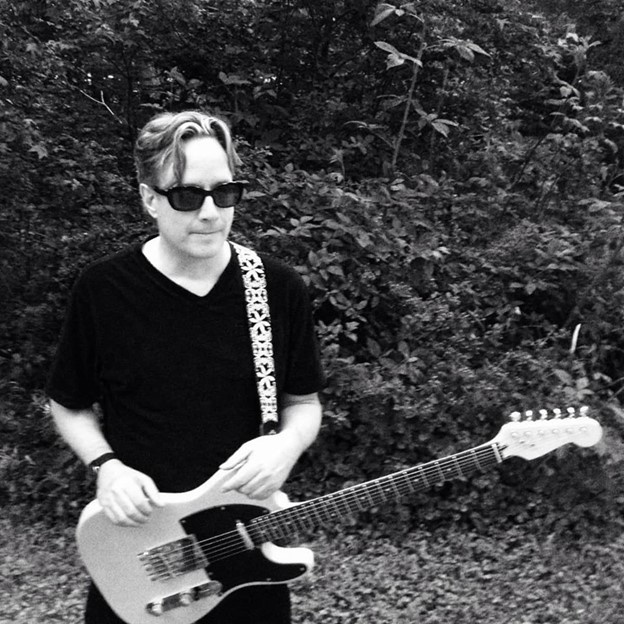 Tim started playing guitar in 1979 and began playing in/leading rock bands & performing for audiences soon after. After playing in a number of cover bands as a teen, he began developing his own style of & started writing and performing original music with bands of many styles, including rock, funk, soul, heavy metal, punk and free jazz. He brings many years of experience, starting his teaching career in 1988. He has taught at 2112 since 2008 and is director of 2112's Rock School program. After close to 32 years of playing guitar, he considers himself to be, first and foremost, a life-long student and is grateful to learn something new from every person he meets (of any age). A few of his favorite players and influences include Frank Zappa, Jimi Hendrix, Capt. Beefheart, Niki Sparrow, Joni Mitchell, Mike Watt and D. Boon of The Minutemen, Prince, Root Boy Slim, John Coltrane, Adrian Belew, Dr. Know, Jimmy Page, Alex Lifeson, Andy Summers, Elliot Easton, Brant Bjork, Thin Lizzy, Tom Waits, Danny Gatton, Nels Cline, Chris Stevens (an excellent Raleigh player/teacher Tim studied with in the late 80's and early 90's), Dean Ween, Billy Gibbons, Eddie Hazel (of Parliament/Funkadelic), Jeff Buckley, Omar Rodriguez Lopez, George Harrison, Curtis Mayfield and many more. 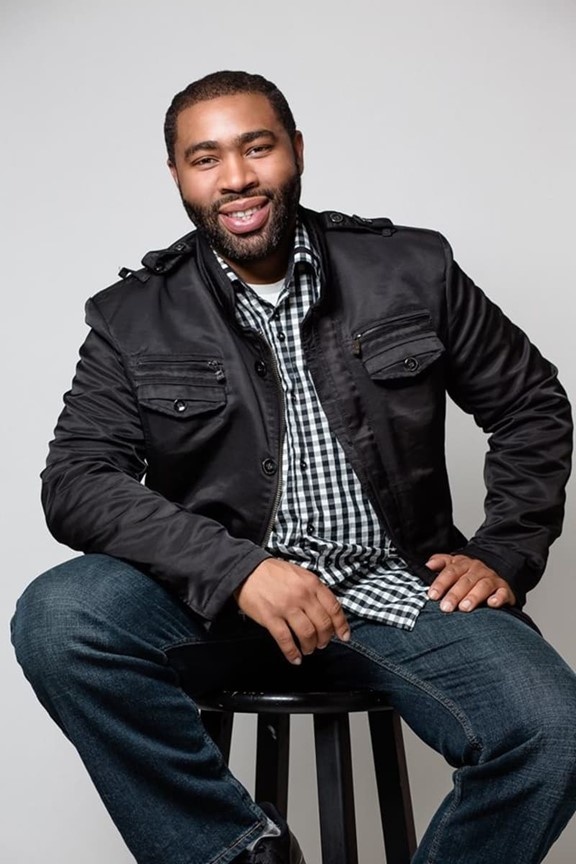 Born in New York City in 1985, Brevan was born instantly a member of a high-level musical family; his father Ivan, who has toured with Luther Vandross, Vanessa Williams, Jennifer Lopez, Roberta Flack, Grady Tate, and Ashford & Simpson, and his mother Brenda, who has performed on Broadway, with Dizzy Gillespie, Angie Bofill, Marian Anderson, and Jazzmobile. Brevan began showing signs of talent in music from age 7. He began playing percussion in church with his mother and brother at age 9. Twice during High School Brevan attended the Berklee World Percussion Festival in Boston, where he studied with Giovanni Hidalgo, Horacio “El Negro” Hernandez, Eguie Castrillo, and Ernesto Diaz.  Brevan completed the Bachelor’s of Jazz Studies degree at NCCU in December 2009. He has made quite a name for himself by performing locally in venues in Raleigh, Durham, Chapel Hill, and all over North Carolina. More recently, Brevan completed his Master’s in Jazz Studies/Performance at CUNY Queens College in Flushing, NY in May 2016. 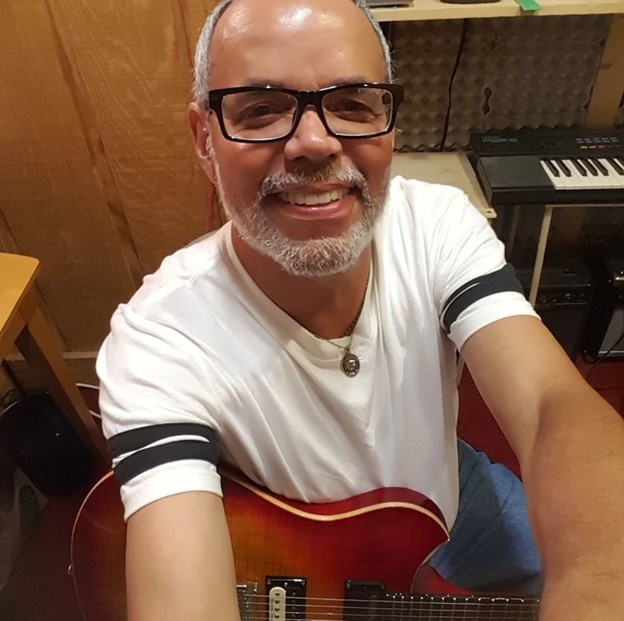 Randy began playing guitar in 1968 in Washington, D.C. and 6 months afterwards started performing in school programs and with other local musicians. He later attended Montgomery Community College in Rockville, MD where he majored in General Music. In 1983 he relocated to Durham, NC where he continued studying with notable local musicians including Brother Yusuf Saleem. In 1987 Randy Began teaching while performing with reggae and World Music artists Mickey Mills & Steel and Charlotte-based MidLand. He also co-founded jazz quintet Shadze (1992-1998) and two other acts-Nostalja and Lejendz-both R& B oldies groups, as well as played and recorded on numerous other projects. 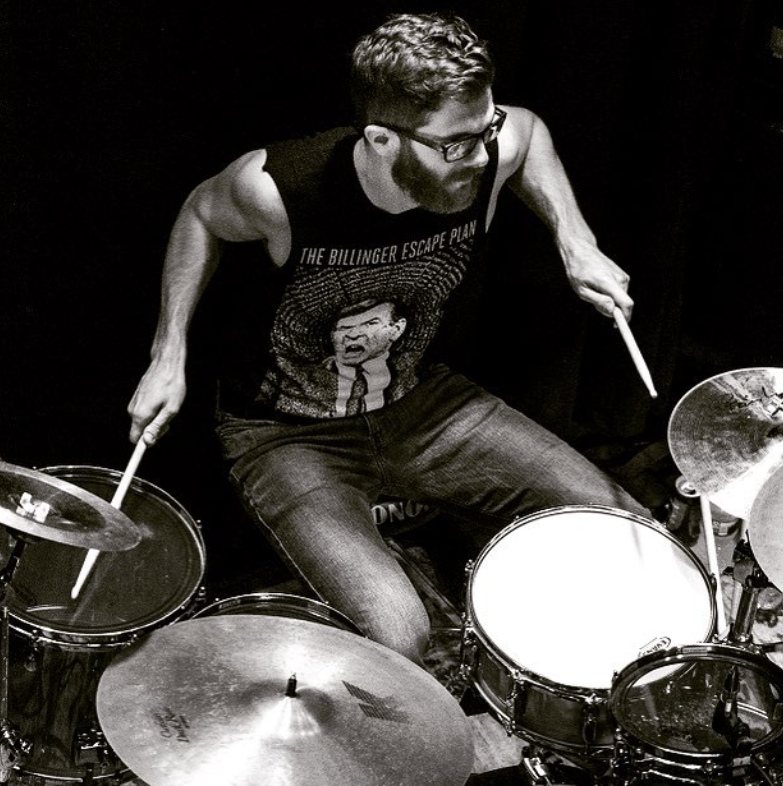 Hailing from Syracuse, NY, Michael Lamardo has been active in the Triangle’s progressive and indie rock scene for the past seven years. During his time in Upstate NY, Michael primarily studied jazz, but branched out into other styles upon his move to North Carolina. Currently, Michael is the drummer for Echonest, a three-piece outfit that blends prog, metal, and jazz fusion into an unlikely combo that has led to the band opening up for major projects like Plini and Consider the Source. He has also been the drummer for Raleigh math experimentalists Zephyranthes and local Latin jazz fixture Tumbao.

Michael has been a teacher at 2112 since 2019, and has taught all ages and all styles. Students of Michael can expect a challenging yet heavily customized path to learning that seeks to optimize every students’ tastes and goals.