Designed to fuel speedy footwork, TAMA's precision-engineered Speed Cobra pedal now enters a new era. The credo under which it was first forged: "Extreme Velocity. Serious Power," has been honed to add yet another playing characteristic to its already daunting personality - Unprecedented Velocity, delivered with minimum work. 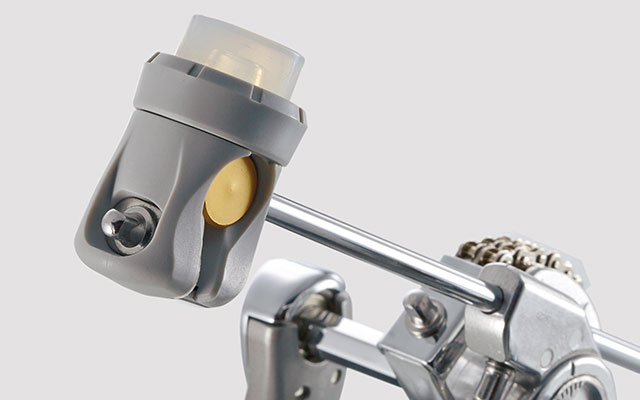 The new Cobra Beater was developed to bring out maximum potential of a bass drum. Butadiene Rubber has unique characteristics. It offers strong resistance to wear, lighter weight and providing consistent and articulate sound with strong attack. And because of the thicker rubber part, the sound is fat yet focused even at lower volumes. 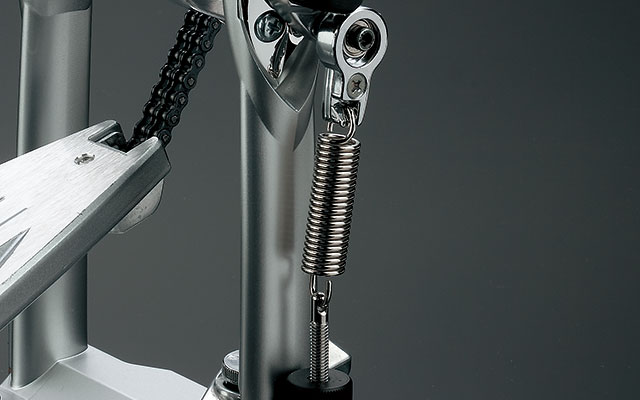 The newly developed Super Spring needs less exertion in the beginning of pedal action. When the beater rebounds from the bass drum head, you can easily feel a quicker response, and by adjusting the Cobra Coil underneath the footboard, you can acquire a smoother feel. 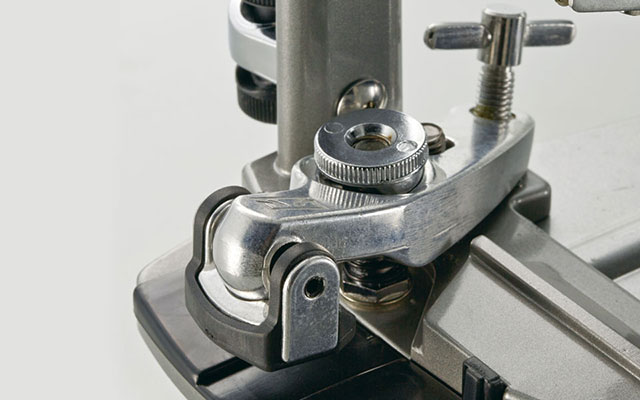 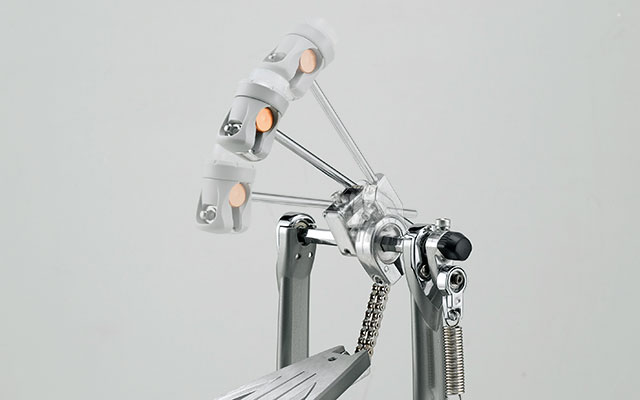 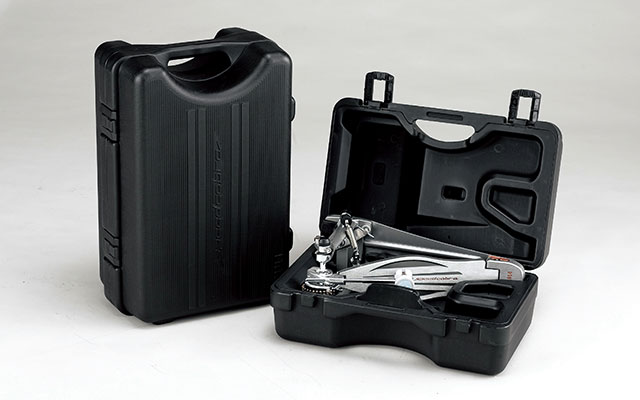 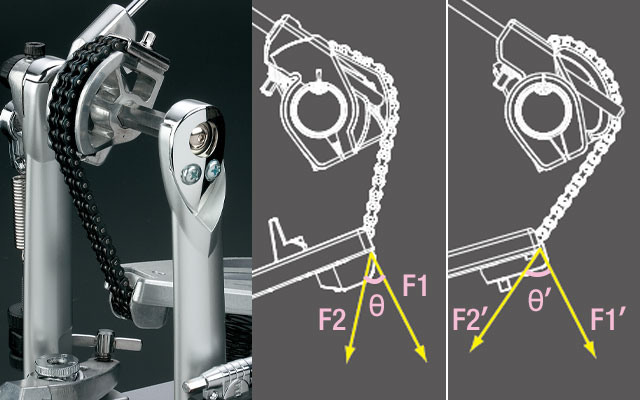 To continuously play fast passages, your pedal action has to feel light for less stress and muscle fatigue. The Recessed Setting position makes it possible to achieve a perfect balance between the natural playing feel of the Chain Drive's motion and lighter action. According to physical theorem, wider angle (θ) between the force of stepping on the footboard (F1) and the force of pulling the chain from the sprocket (F2) makes less power of F1 if the same F2 power is required. To utilize this theorem, we set up the footboard placement with the best balance between natural action and lighter motion. Also by changing the bearing's framework structure, this produces less stress on the FASTBALL bearing and makes a huge difference in the total feel. As a result, about 20% less exertion is required to produce the same result in power and feel found in existing current models. 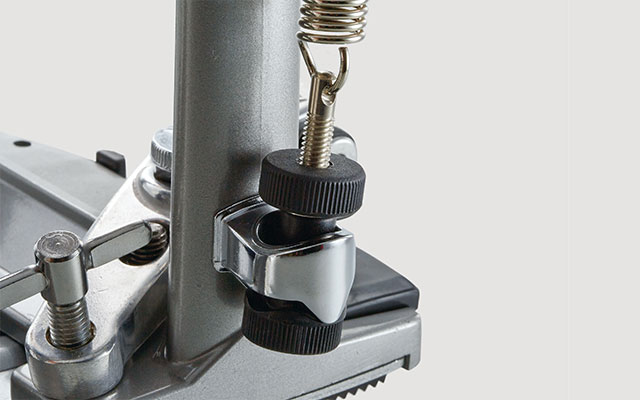 The conventional approach to the spring assembly (including previous Iron Cobra Pedals) has been to anchor the bottom of the spring while the top of the spring is being pulled from various angles throughout the pedal's cycle. But a spring being pulled on at an angle represents wasted energy and causes turbulence. The Swivel Spring Tight assembly solves this problem, recapturing that lost energy and optimizing smoothness through the use of a contoured assembly that allows the base to swivel freely with the spring. This enables a straight spring pull during the pedal's entire cycle, resulting in the smoothest, lightest action ever found on a bass drum pedal. 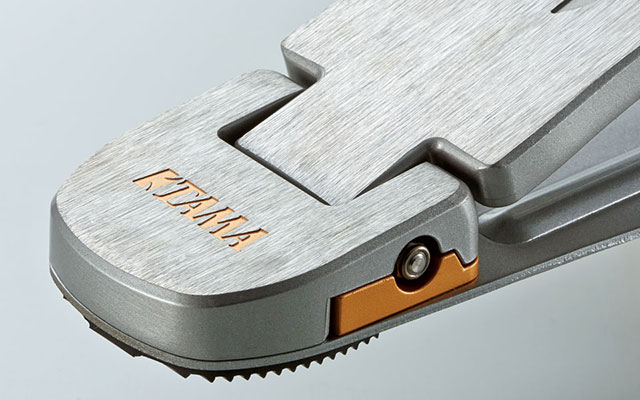 We've changed the construction of the Bearing Hinge on the footplate from a one-piece assembly to two pieces, which holds the bearing more evenly—minimizing stress, and maximizing smoothness, while adding to the pedal's sense of power.

Tama eliminated another source of friction by replacing the traditional nylon rocker cam with the Speedo-Ring, a rocker cam with a high quality built-in ball bearing rocker. The Quick-Hook not only allows for easy set up and tear down but provides a compact pedal that you can place in the hard case without taking off the beater. 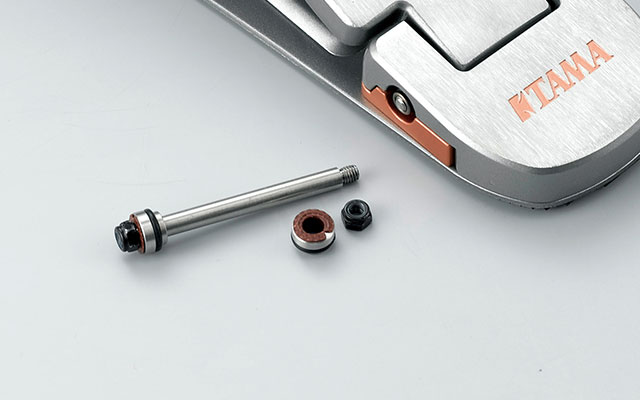 Offering even less friction than standard ball bearing, Oiles® bearings also eliminate side-to-side motion and provide superior durability (which is why they're used in the aerospace industry).
(Oiles® bearings is a registered trademark of the Oiles Co.,Ltd.) 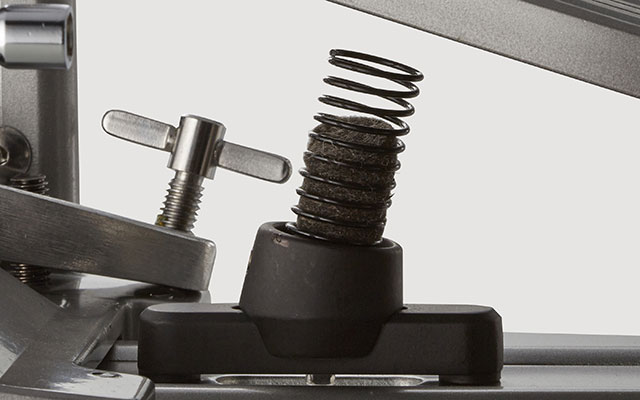 The Cobra Coil is a steel spring which assists in the return of the footboard to its original position, so the feel of Speed Cobra becomes even more unreal. Even better, the Cobra Coil can be adjusted to different positions, forward or backward, on the base plate. 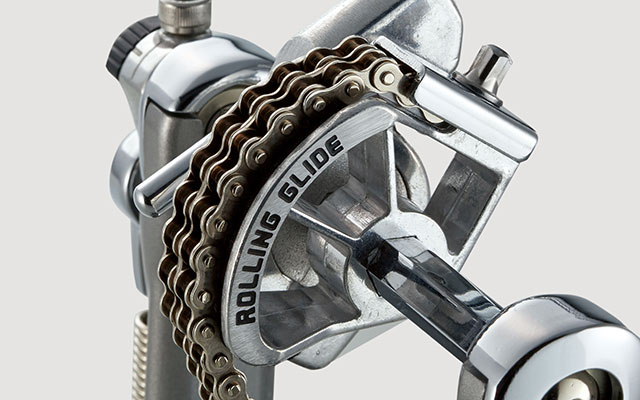 Weighing in at 40% less than our previous Iron Cobra cam, the round, Rolling Glide "LiteSprocket" revolves naturally and smoothly, contributing to a lighter more responsive feel. 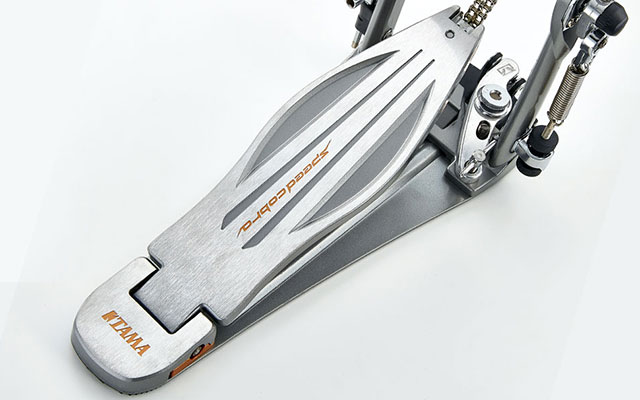 A specially designed pedal board for the Speed Cobra series. By designing the footboard longer than Iron Cobra, it rapidly accelerates the power and speed of the beater stroke, with less physical effort than ever before. Additionally, the smoother playing surface reduces friction between your foot and the footboard, allowing more precise control and flexibility. 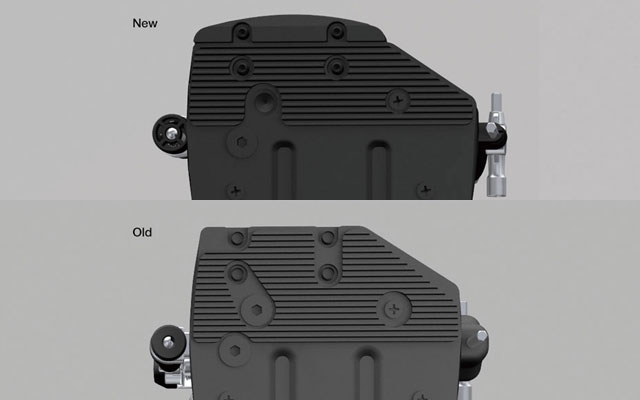 During our detailed study of previous pedal concepts, we observed that under the stress of aggressive performance, pedals actually sway from side to side, which undermines efficiency. By widening the frame, the pedal's overall structure is expanded. The supports that hold the revolving shaft are 15mm wider, and the under-plate is about 12mm wider than the previous Cobra.